Another Royal adds to photographer’s collection 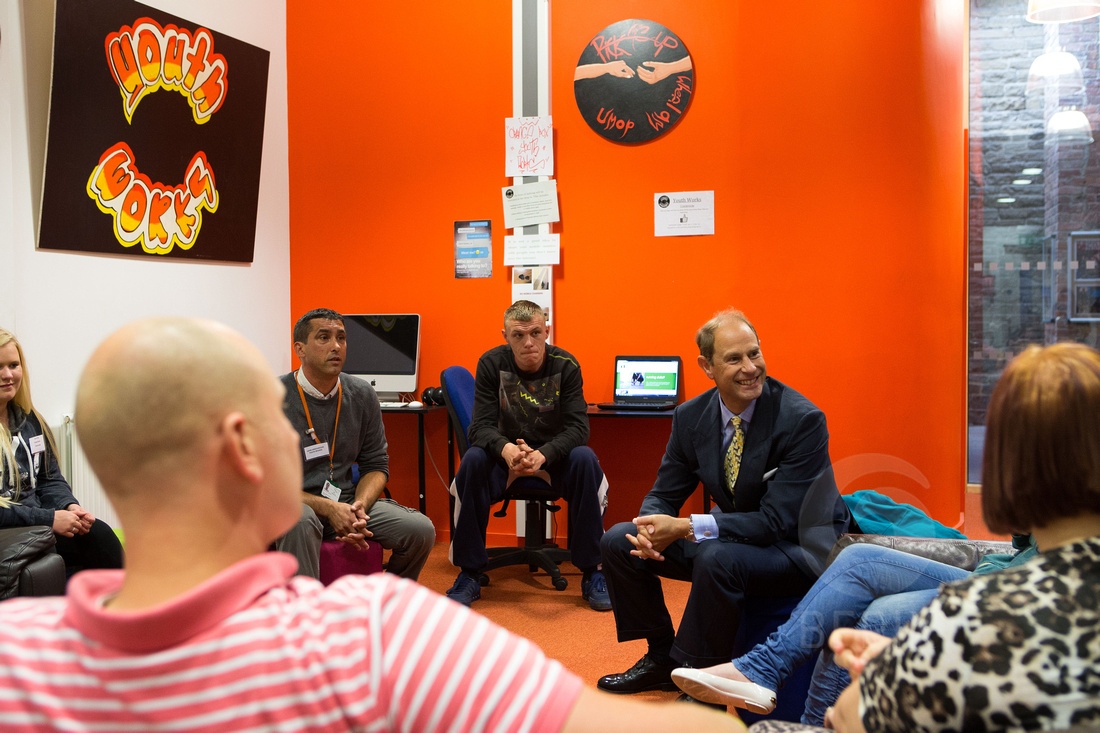 I took one step closer to my Royal photograph collection last month at the Orangebox Royal visit.

As you may be aware, I am a well-known photographer in the Calderdale area and I am regularly commissioned by newspapers, PR and marketing agencies for my photography work. But last month’s event took me one step closer to achieving a personal goal. I was appointed by Orangebox director, Emily Pearson to photograph the visit of Prince Edward.

Prince Edward visited Orangebox, a £3.9 million state-of-the-art young people’s centre in Halifax on the 9th September. He arrived by helicopter and was spent the afternoon being given a tour of the facilities at the award-winning Centre.

I spent the afternoon capturing images of the Prince and other guests; The Prince was pleasant and interesting. He came across well and I even asked him, via the director, if he would like a go skateboarding!

Emily Pearson, Director of Orangebox commented “We had a wonderful afternoon with Prince Edward and it’s a real honour to have him visit us.”

As a result of the event, I almost have a ‘full set’ of The Royal Family, having previously photographed Princess Anne, Prince Charles and Princess Beatrice.

The collection of photography can be found in my Events gallery, Prince Edward @ Orangebox